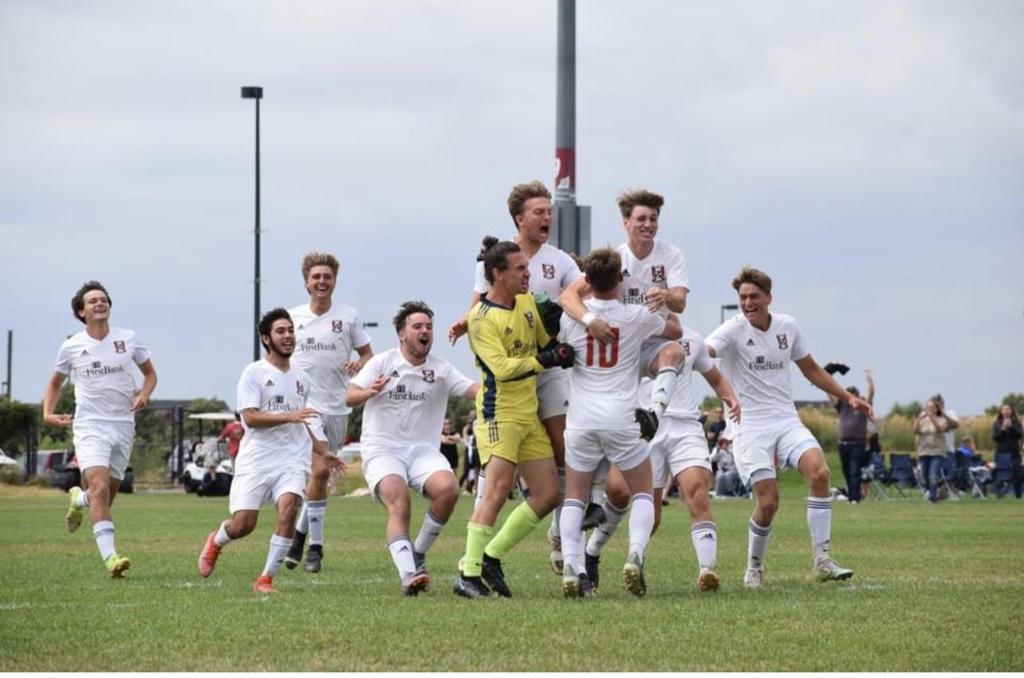 The U19 TUSC Boys team recently competed in the National Premier League (NPL) Finals hosted at Dick’s Sporting Goods complex in Commerce City, Colorado, July 7-11!, 2022.  The NPL Finals is the coveted destination for all NPL participants. It is the culmination of regular season play within 18 regional NPLs throughout the country, in addition to college showcases, league playoffs and NPL East/West Playoffs.

The NPL Finals is a single stage post season event where the first place finishers from each league compete for the national title. The U19 TUSC Boys competed in and won the South Atlantic Premier League the Fall of 2021/Spring 2022 against teams from Georgia, Alabama, North and South Carolina.

The U19 TUSC boys went 14-0-0 in the South Atlantic Premier League played in the Fall 2021 and Winter 2022. Following the regular season, TUSC went 3-0-0 in the National Playoffs, defeating the Charleston Soccer Club (South Carolina) in the NPL Playoff Final  in February 2022, qualifying them for a spot in the NPL Finals in Commerce City.

In the NPL Finals, TUSC defeated the State Champions of Minnesota (5-2), California (3-2), and Nebraska (5-0) sending them to the semifinals game against Pateadores, CA.  After defeating the Pateadores SC (3-2) in the semifinal game, TUSC advanced to play the Chicago  Sockers FC in the NPL U19 championship game.  TUSC finished the championship game in dramatic fashion after the game ended 1-1 at the end of regulation.  With both teams making each of their 5 PKs, they moved on to sudden death PKs.  The Chicago Sockers FC missed their first sudden death kick, but TUSC hit the back of the net on their kick, completing TUSC’s quest for the National Premier League Championship title!!

“As a club we are beyond excited for this incredible accomplishment from this group of boys, parents and Coach Nat. Their dedication was exceptional. They have gone down in history as the first National Champions for the club! Their commitment and determination to go out there to compete representing themselves and the club always to the highest standard is a testament to their great character and love for the game. We are fortunate to have had this team accomplish so much throughout the many years and see them grow into great players but more importantly into better individuals. We are humble and so happy we were able to provide the opportunity for them to see out their last club season in style and with honors,” said TUSC Director of Coaching Eddie Carvacho.

Ethan Schlegel, co-captain and attacking mid-fielder on the 2003 Boys team said, “The tournament was a great experience. We went in thinking we were under-dogs, but after each game realized more and more we could win it all.”

"The commitment to the team was the commitment that guaranteed a win, says 03 NPL member Colin Sheeler.  “Going into the tournament I had high hopes for the cup. My goal/focus was solely on making it to that point and playing my role as a keeper to keep the boys in the game. I had faith in the boys throughout the entire tournament in that we were set on winning and playing for something greater. In the moments of stress we had each others back with no doubts. In the final moments, it was surreal. We went 22-0 and won a national championship. This was the only way to end the season and we did it.”

Congratulations as well to all - the players, the families of these players and the TUSC organization. What an achievement for Tennessee State Soccer.  Go United!!